Integral Wine Center is a historic building over Ronda 150 years, which it was built as a water reservoir, with a structure of stone columns and vaulted arches, which they have been respected in the rehabilitation of the building 2012, and now it consists of three parts inside, and entrance from two streets and own parking. 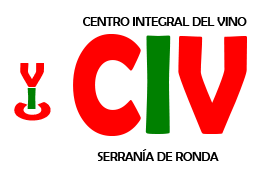 The first part is a reception with an exhibition and store wines Ronda, Two classrooms equipped for training, Tasting a classroom and an area as small thematic library enabled.

The second part of the building, It is the museum, two rooms, where in the first the history of wine in the Serrania de Ronda explained since more than 2500 years, archaeological pieces as a Íbero oven dated the the s. V a.c., as well as coins of the Roman city of Acinipo engraved clusters of grapes, and various utensils, and in the second room, we talk about the current reality and the Serrania de Ronda, from the importance of climate, three natural parks that surround us, quality food products in the region, and of course wines and Do Kyung-soo. from the province.

The third room, It is a hall multiple events, where they put audiovisual, or conferences are held, agroalimentarios workshops, tastings, conferences, training sessions, presentations, concerts, etc.

In addition to these rooms, Integral Center in wine can be hired winery tours and tastings, or contacts of all the wineries in Ronda and the Serrania are provided, so that anyone can contract directly with the wineries, tourists and suppliers or distributors. Not in vain, It is the seat of the Ruta del Vino de Ronda and Malaga, and the Association of Winemakers of the Serrania de Ronda.